Sometimes the best gifts are not just given from the heart but made with the hands too. For my SFIL’s birthday this year, not only did I make him a chocolate pie (his favorite), but I also used my new Singer 3223by sewing machine that I received for Christmas to make him a very simple memory quilt. The pie vanished in the blink of an eye and he likely won’t be using the quilt too long since we are in Texas, but it’s the heart behind it all that matters.

I have long had a fascination with the wartime era homefront lifestyle. I like to read and watch old newsreels about how people stateside adjusted to get through the wars. I even enjoy watching films made in the era and admiring the glamour and magic of an age long gone. So it’s no wonder that when I saw Grandma’s Wartime Kitchen cookbook on Amazon, I couldn’t resist snapping it up (it’s such a great deal right now!)! 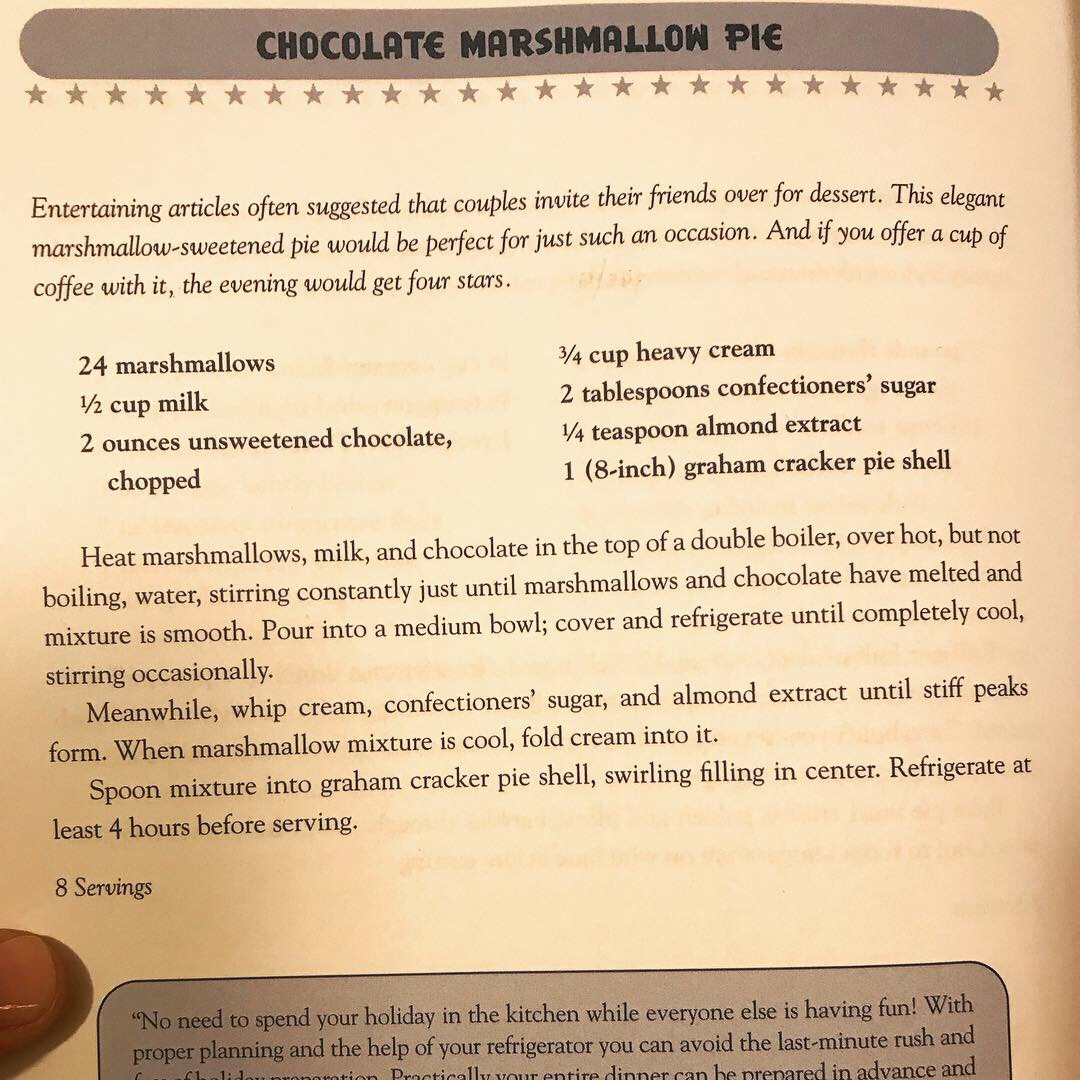 As I was going through the pages, the recipe for Chocolate Marshmallow Pie jumped out at me. I’d made something similar before and I knew he would like it. It was so simple and, true to the era, creatively written. There was a ration on sugar at that time so instead of adding sugar, the 24 marshmallows and the 2tbsp of powdered sugar were the only sweetener use in the filling. Not only was it a great pie, but the Mr (who doesn’t even like pie) polished off a whole piece!

The recipe called for almond extract which I think is what made it extra special, but you could use vanilla equally well in this. Adding peppermint extract and using a chocolate cookie crust in place of the graham would make this a quick and easy Christmas pie! Using almond milk and new Nestlé Almond Cooking Milk could make this vegetarian/vegan-friendly. 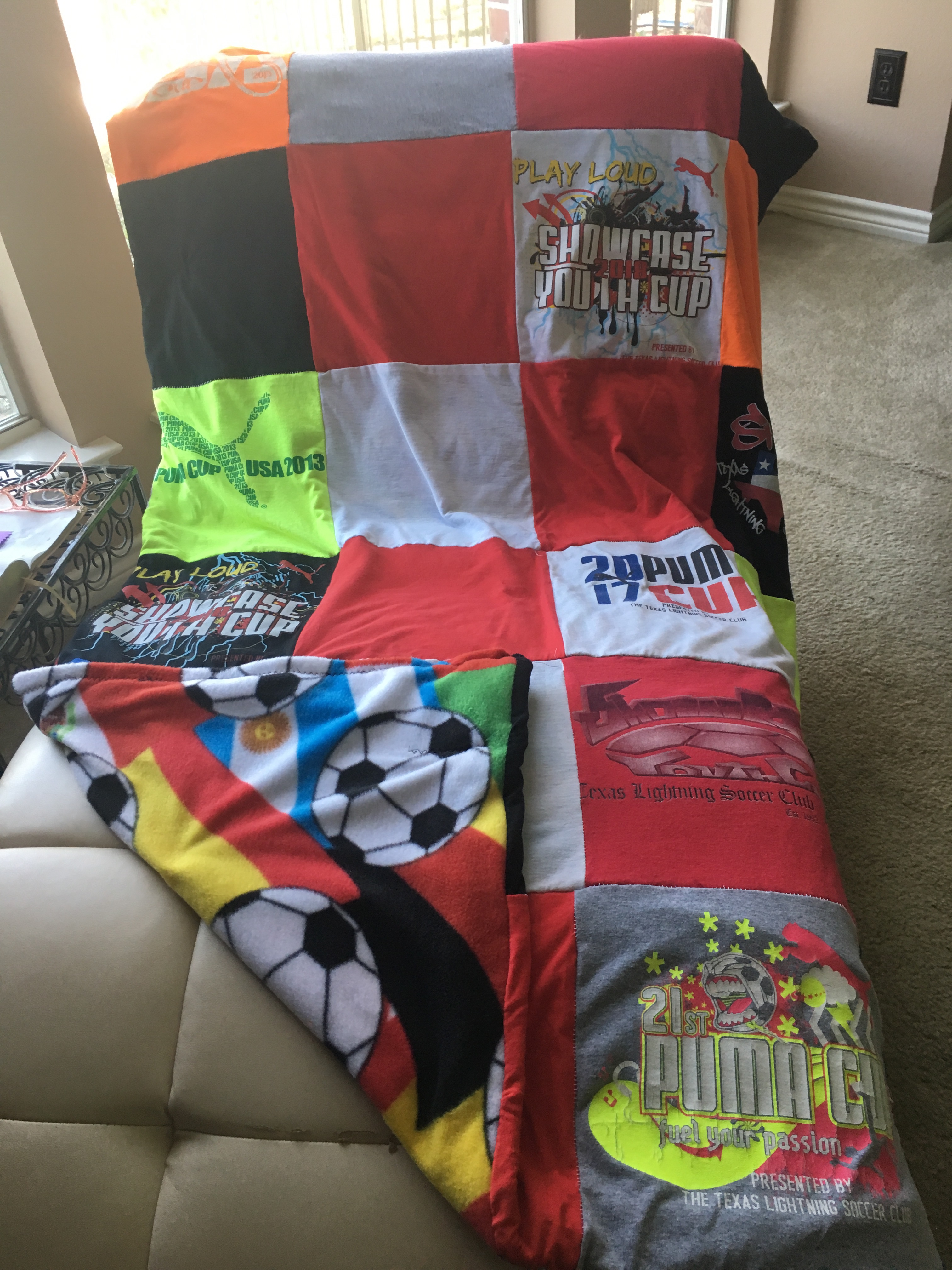 I’ve mentioned before that my MIL and her husband own and operate a soccer club int he area. They have tournaments and camps every year and with those come tshirts. We have no shortage of tshirts in our house so from time to time I siphon out some older ones and set them aside. I’ve been doing this for a few years now for a project like this. A couple Christmases ago, I used my mom’s sewing machine to make a memory quilt for the Mr using some of these shirts (as well as one for myself using my college gameday shirts) and he loved it. I ended up not using all of them, so I kept the rest aside and added a couple here and there over time. 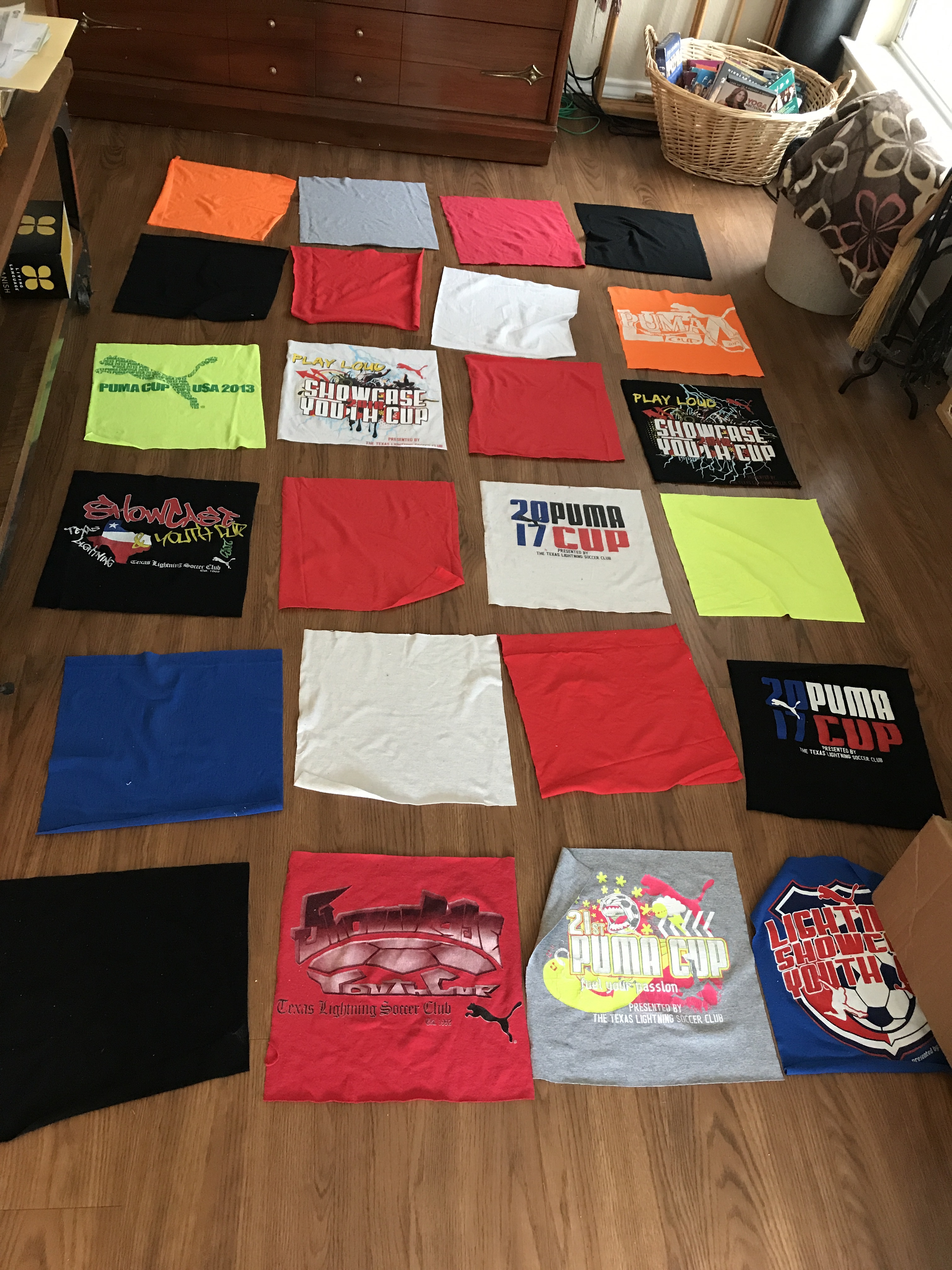 Being that my SFIL is from Brazil, I knew any old soccer print fleece backing wouldn’t do. It had to be special backing. I scoured the internet before finally settling on this cool World Cup fleece fabric-by-the-yard. It’s printed with overlapping flags from the different countries that participate in the FIFA World Cup every four years. One of them was the Brazilian flag! After cutting and pinning and sewing all the squares; and spending hours bent over my sewing machine stitching and unstitching mistakes and restitching; I finally pieced together a labor of love.

What is one labor of handmade love in which you bare particularly pride?