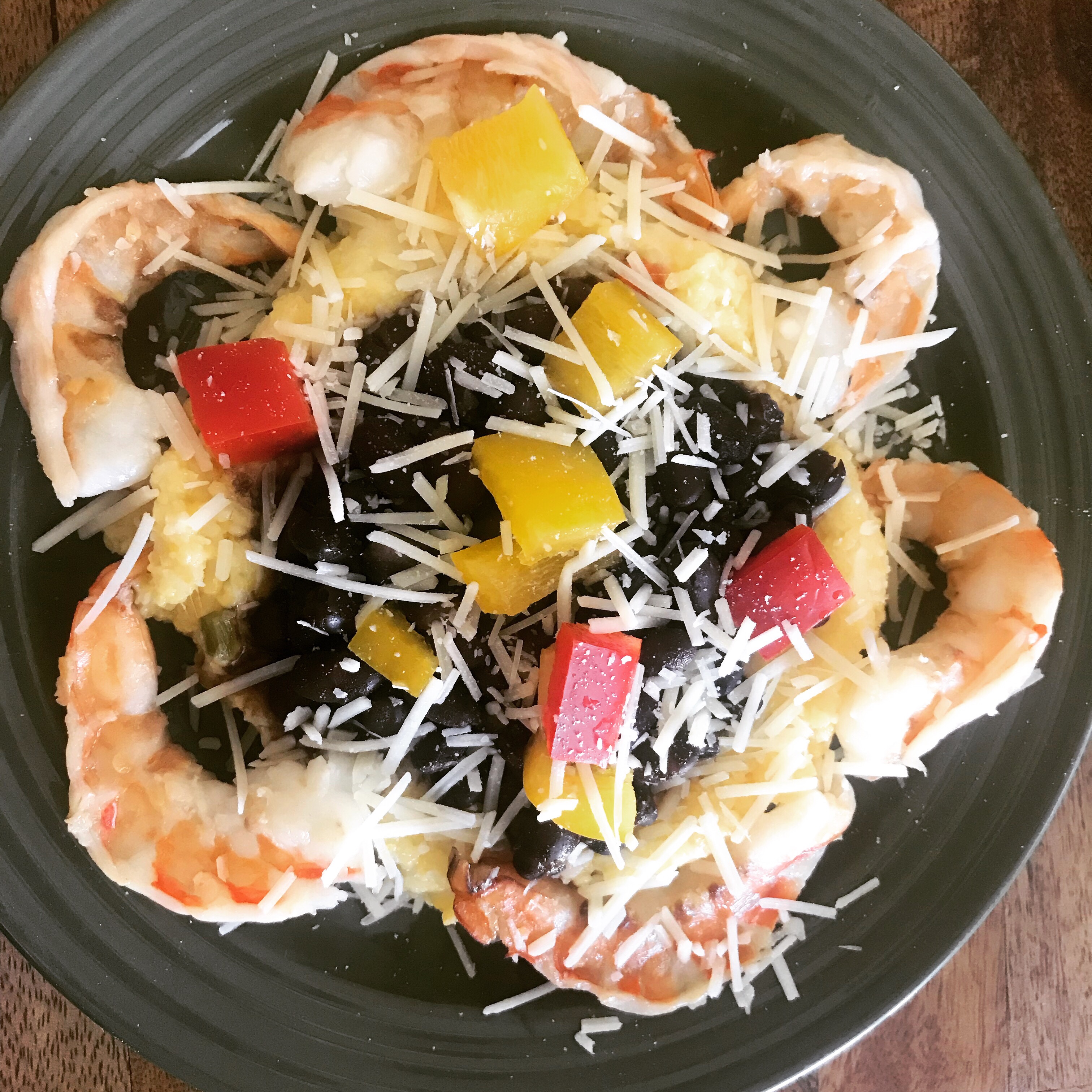 Yesterday was Mardi Gras and, while we don’t generally celebrate with much fanfare, I do like to cook with a theme. So while all were reveling down in New Orleans, I was making Laura Bush’s Spicy Cheese Grits with Shrimp. Really any excuse to make (or eat) the Southern classic shrimp & grits is a-ok with us.

The first time I had shrimp & grits was actually while we were down in New Orleans for an anniversary trip one year. I was born and raised in Texas, but grew up mostly eating Tex-Mex. No, shrimp and grits by virtue of its ingredients, is originally an East Coast, Southern dish. From the Carolinas down through Louisiana, you’ll find plenty of delicious incarnations of this simple standard.

This one ranks up there. The inclusion of chopped bell peppers, jalapeño, and black beans adds a unique complexity and a little Tex-Mex flair too. The recipe calls for mozzarella to be used, but I would argue that extra sharp cheddar may be even better. It was very festive and enjoyable and my only regret is that I only made half the recipe!

What is your favorite Southern recipe?